Re-commissioning of existing commercial and residential buildings is integral in ensuring that a building is operating efficiently. Minimum building efficiency standards, both de facto — such as ASHRAE, LEED and BOMA — and legislated — such as city bylaws and the Ontario Building Code — have increased dramatically in recent years. Ensuring that older buildings are up to par is important in not only being able to compete in today’s market, but also in unlocking a sustainable future.

Re-commissioning can lead to lower operating and maintenance costs, reduced environmental impact, increased productivity and higher property value. In the U.S. commercial sector, for example, buildings that invest in energy retrofits generate an average increase of 7.5 per cent in the overall building’s value, according to McGraw-Hill Construction. In the re-commissioning of a condominium, an engineer or technician can illuminate many operational deficiencies, such providing too little or too much heat to a zone, and inefficiencies associated with energy and resource consumption. Issues such as these generally arise as buildings and equipment get older, are repurposed or as building operators, such as superintendents or mechanics, turn over. They are especially prevalent in buildings without central building automation systems (BAS). The following is an overview of four common inefficiencies found during building re-commissioning.

The efficiency of a boiler is measured by the amount of useful heat it produces per unit of energy consumed. The term “useful” is important, as the boiler should heat the water in the pipes, not the room in which the boilers are located. Technological advances have optimized the design of boiler combustion chambers and burners in modern boilers. However, older boilers, which may last 25-plus years, are typically not very efficient, starting at 80-per-cent efficiency when new and degrading significantly (to 60 per cent or less) over time. To combat this decl ine, ever y preventative maintenance program should include combustion analysis — a process whereby a gas technician will measure the combustion efficiency and adjust the fuel-to-air ratio in an effort to improve this efficiency. Often, gains of three to five per cent in efficiency can be achieved by this practice for no extra cost. Another way to decrease boiler energy consumption is to consider advanced heating boiler controls, which are relatively new in the market but come with guaranteed gas savings of 10 per cent.

Most buildings have some form of automation or controls on their HVAC and lighting systems; thermostats, timers, proportional - integral -derivative (PID) loop controllers and BAS are all examples of automation in buildings. An effective automation system allows for a building operator to run the system efficiently, responsively and effectively. Often, older systems must be triggered manually, or the automation may be deficient or improperly set up. This may be due to incorrectly trained or new operators. The re-commissioning team will work with a building operator to thoroughly review all equipment and how it is controlled, as well as provide some guidance and training on how it should be controlled. It is very common to find a pump manually set to run all the time (or as we say in the industry,“left in hand mode”), because a building operator didn’t think he or she could turn it off, or to have a fan on a timer that is based on an outdated schedule. Re-commissioning these relatively simple controls can generate significant energy savings. Alternatively, there may be new controls available that provide much better responsiveness, such as web access to change the schedule, and a higher level of control.

Many condominiums are built quickly and cost-effectively, with little concern for energy consumption and a strong focus on “making it work.” As a result, it’s common to find motors that run 24/7 at full speed and feed loads that are actually variable (not 100 per cent all the time). For example: the pumps that bring cold water to taps are typically running full speed, 24/7. Is a unit owner using that tap 24/7? When a unit owner does use that tap, is he or she cranking it to maximum flow? Probably not, so why do the pumps run 24/7 at full flow? The solution to this is to install controls and variable speed pumps that automatically detect the water pressure at taps and adjust the speed of the pumps to maintain enough pressure at all times. This may mean the pumps run at 100-per-cent speed at 8 a.m., when a unit owner is likely to take a shower, but run at 50-per-cent speed at 4 a.m., when he or she is likely to be asleep. This is one example of constant speed motors serving variable loads a re-commissioning team should be able to identify and for which it should be able to make recommendations to resolve.

The distribution and control of the heating and cooling in a building is complex. Even experienced building operators may not always remember how each room is heated or controlled. As a result, it is possible (and sometimes common) that heating and cooling systems are running simultaneously. This is a significant waste of energy in many buildings, as the systems combat each other and lead to discomfort. Regularly reviewing and re-commissioning all heating and cooling equipment and their controls is the best defence. Building automation systems can also be programmed to prevent heating and cooling from competing with one another and to detect when this does happen. More broadly speaking, building automation systems provide effective safeguards and strategies that defend against poorly run buildings. Boiler combust ion analysis and checking which equipment is running in manual mode can be added to a building’s regular maintenance schedule. Full re-commissioning should ideally be budgeted for every two to three years. The cost-to-benefit ratio is such that re-commissioning is one of the best energy management paybacks available — often less than one year. Building operators should be part of the re-commissioning process so that they can ensure their buildings run efficiently in between re-commissionings.

Lee Hodgkinson is a project manager at Mann Engineering Ltd. He can be reached at lee@mannengineering.com or 416-201-9109 ext 121.

Check back soon
Once posts are published, you’ll see them here. 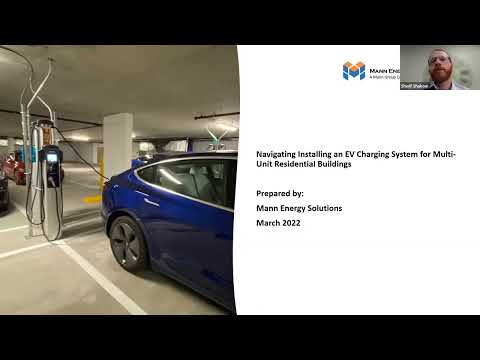